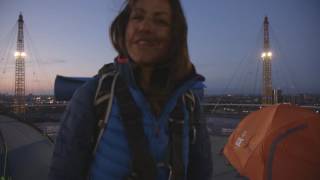 The Jubilee Walkway is a truly spectacular 14-mile walking route around London, linking a number of great highlights and landmarks in the capital.

For 35 years this walk has been the best way to get to know London and is enjoyed by more than a million people annually, connecting more than 50 of the capital’s top attractions.

It can be walked in a day but there’s so much to see along the way that many make a weekend of it. Some even a week!

Starting at Leicester Square – the home of movie premieres and many a red carpet – and you’ll be made to feel equally special along this brilliantly-signed path. The Walkway was originally created to celebrate Queen Elizabeth II’s Silver Jubilee and is now well looked after by The Mayor of London and surrounding authorities.

Within minutes the walkway links, via Westminster Library, to The National Gallery and National Portrait Gallery in Trafalgar Square, through Admiralty Arch and along The Mall to Buckingham Palace.

Along the way information panels interpret the view that was unveiled by, among others, Nelson Mandela and Her Majesty The Queen.

After the unusual sight of pelicans in the beautiful St James’s Park there’s a chance to see the back of Downing Street, the Cabinet War Rooms – where Churchill famously planned – and Horse Guards Parade – particularly spectacular at 11am during the Changing of the Guard.

Parliament Square, overseen by ‘Big Ben’ and connecting government (The House of Commons and House of Lords), law (The Supreme Court) and the Church (Westminster Abbey) is only 2 minutes further along the path.

Beyond Sovereign’s Gate, where The Queen enters to open Parliament every year, is Victoria Tower Gardens where Rodin’s Burghers of Calais sculpture is the perfect distraction while children play in the park.

Over the bridge to The Museum of Garden History and Lambeth Palace, home of The Archbishop of Canterbury, the walkway now hugs the River Thames, passing the London Aquarium and London Eye while magicians and acrobats entertain.

It took 20 years to secure a pathway along the Riverbank, thanks to the Trustees of the Jubilee Walkway Trust, so do enjoy every step along ‘The Queen’s Walk’ as well as the skateboarders under the Southbank Centre, free runners at OXO Tower and painters along the banks outside the Tate Modern.

Tempting as it is to cross Millennium Bridge to see St Paul’s Cathedral, you would miss Shakespeare’s Globe Theatre, The Golden Hind, Southwark Cathedral, London Dungeon, HMS Belfast and City Hall if you did! Tower Bridge is well worth the extra couple of miles and from there St Katherine Docks is a welcome oasis that many people miss in a rush to see the Crown Jewels at The Tower of London. But the Jewels haven’t gone anywhere since 1303 – apart from the odd coronation of course!

Along Great Tower Street to Monument – where the Great Fire of London started in 1666 – it’s only a short walk along King William Street to Bank, home of The Bank of England with its 4-metre thick walls!

Look out for The Lord Mayor of London’s Mansion House. Dick Whittington, who famously walked before you in search of London’s ‘streets of gold’ was once Lord Mayor and interestingly opposite there now happens to be a gold colour walkway disc on Cheapside – to mark where The Queen once stood to unveil the viewing panel in 2008.

Turn right along King Street off Cheapside to Guildhall and the amazing Guildhall Art Gallery, then pass the various grand livery company halls to Moorgate and up on to the city walkways around the Barbican. Here you’ll get great views of the original Roman city wall and an easy connection to The Museum of London.

Alternatively, go direct to St Paul’s Cathedral and follow Fleet Street to Chancery Lane where lawyers with arms full of paper can be seen scuttling between chambers and the nearby Royal Courts of Justice. Along Serle Street to Lincoln’s Inn Fields, take time to enjoy the Sir John Soane’s Museum – which amazingly is almost untouched since the talented architect who lived there died in 1837.

At Holborn, there’s an option to go north up to Kings Cross via the back of Great Ormond Street Hospital and The Brunswick Centre to see St Pancras Station and The British Library; then come back by UCL through Gordon, Woburn and Russell Square before a neat short cut off Montague Place that gives a sneaky back door (no queue) entrance into The British Museum.

It’s easy to realise why this is London’s most visited attraction – the glass roof on the round library provides a glorious setting to the layers of history interpreted inside. From Holborn, The Masonic Temple, Royal Opera House and eclectic array of shops in Covent Garden (also home to The London Transport Museum) are all connected by the Walkway.

Its only 20 minutes back to Leicester Square from here, and far more interesting as well as quicker than taking the tube. Once you’ve walked the Jubilee Walkway, you’ll realise how much people miss by popping underground to get places. Life in London, like most places, is at street level and the Jubilee Walkway is a fantastic way to live it.