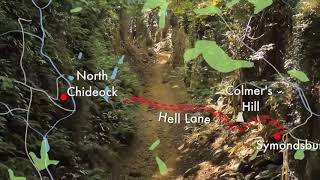 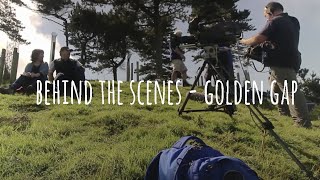 Walk With a View…

Filmed by Eric Harwood and his team at Outdoor Productions.
See full episode:  The

Walk Details
This beautiful walk starts inland at Symondsbury and ends on the spectacular Golden Cap.

TOG Tip: This isn’t a circular walk so either phone a friend or hitch a ride back to your car!

Julia heads to West Dorset, near the home of hit ITV series Broadchurch, for a three-hill walk that starts with the iconic Colmer’s Hill and ends with spectacular views of the Jurassic Coast from the top of Golden Cap – the highest point on England’s South Coast.

From the Domesday village of Symondsbury, near the trendy country town of Bridport, Julia follows the ancient in-land drovers route, including a climb up the iconic and ever popular, Colmer’s Hill.

The walk takes her through the ancient and infamous Dorset Holloways, and culminates with a climb to the highest point on England’s south-coast, Golden Cap.

At 191 metres, the views from here across the Jurassic Coast – the only Natural World Heritage Site in England – are truly spectacular. It’s an unforgettable walk ending with fish and chips in a pub with sea views across Lyme Bay.